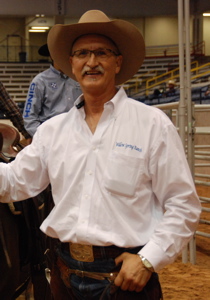 Carl GerwienAs the last day of the West Texas Futurity, held Aug. 10-18 in Amarillo, Texas, came to a close, Equi-Stat Elite $1 Million Rider Carl Gerwien and WS Shortyote still had something to prove in the show pen. Despite being the last to team to ride into the herd, their final run in the Futurity Non-Pro topped all competitors for the Championship.
READ MORE