The legend of Joe Cody began in February 1952, when the handsome son of Bill Cody, the American Quarter Horse Association’s (AQHA) first Honor Roll halter champion, out of the King P-234 daughter Taboo, was born in Texas. Joe Cody was campaigned mainly in cutting during his show career. He changed hands several times before arriving, in 1964, at his final destination and home for life – C.T. “Tom” Fuller’s Willow Brook Farm in Catasauqua, Pennsylvania.

Thirty years ago, Kathy Daughn, a 26-year-old Californian cowgirl at the time, set a record as the youngest person (and only the second woman) to win the coveted National Cutting Horse Association (NCHA) Futurity Open Championship. Carrying her to the winner’s circle was The Gemnist, who was only the third gelding to win the title. 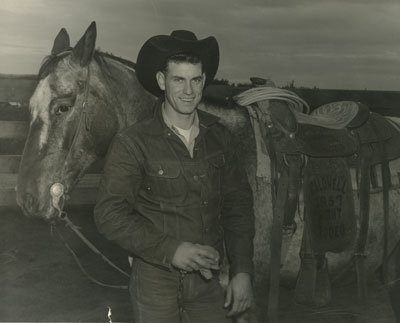 Jim Roeser (1933-1997) • Photo courtesy of the Roeser family
Recognized as one of the founders of the Idaho Reined Cow Horse Association and for his traditional vaquero horsemanship ways, the late Jim Roeser is remembered and respected by many reined cow horse participants.

With the National Cutting Horse Association (NCHA) Futurity just one month away (Nov. 19-Dec. 12), let's take a look back to the 44th annual NCHA Futurity, where Highbrow Supercat and Tommy Marvin were the Open Champions. It was the 45-year-old Oklahoma trainer’s first Futurity Open win.