Skip to content
Quarter Horse News > QHN Flash > In the Blood > Page 4
Craig Thompson, an Equi-Stat Elite $2 Million Rider, and Sanjo Playn Jacks scored a 221.5 to win the West Texas Futurity 3-Year-Old Open. The win was worth $13,500 for owner Barnwell Ramsey, of Huntersville, North Carolina. Barnwell, a cutter with Non-Pro and Amateur earnings of more than $144,000, and Thompson are no strangers to the […]
READ MORE
When Spookneedsacocktail and Martin Muehlstaetter won the Reining By The Bay Futurity Level 4 Open at Woodside Park in California, they entered the ranks of contenders for the National Reining Horse Association (NRHA) Futurity later this year. They marked a 219.5 over 18 other finalists. The win was worth $3,673 for owner Tami Schiltz, of […]
READ MORE
The win by QB Cat and Equi-Stat Elite $4 Million Rider Clint Allen at the Mercuria/National Cutting Horse Association (NCHA) World Series of Cutting at the Calgary Stampede moved them up the top 10 in pursuit of the NCHA Open World Championship.
READ MORE
Smart Little Lena shows up in multiple generations of so many pedigrees today, which indicates his significance as an important ingredient in Western performance horse bloodlines. But Little Lenas Cat’s win brought back memories of Smart Little Lena when he was in his prime and how that made him the important sire and grandsire he is today.
READ MORE
Lil Bay Hawk and Justin Wright made a big statement with a 227 in the fence work to pull out a win in the National Reined Cow Horse Association (NRCHA) Derby Open. They scored a 225 in the herd work and a 220.5 in the rein work for impressive composite score of 672.5. They won $29,588, which takes Lil Bay Hawk’s Equi-Stat record to more than $86,000 for owner Stephen Silva.
READ MORE
Cinca Im Hot marked her emergence into the derby division with a win in the Breeder’s Invitational Derby Open at the Expo Square in Tulsa, Oklahoma. She entered the arena the first time in the 2016 National Cutting Horse Association (NCHA) Futurity Open, placing 16th in the finals. Shortly after that, she encountered a foot […]
READ MORE
Bea Pure Cat came away from the National Cutting Horse Association (NCHA) Scottsdale National Championships with a double win. He carried trainer Morgan Cromer to the Open Co-Championship and owner Jill Roth to the Non-Pro Championship. The dual wins brought Bea Pure Cat’s earnings to $121,572.
READ MORE
When Andre Fappani entered the Greater Southwest Equestrian Center on April 24 for the National Reining Breeders Classic (NRBC) Level 4 Open finals, he was loaded with horsepower thanks to three finalists.
READ MORE 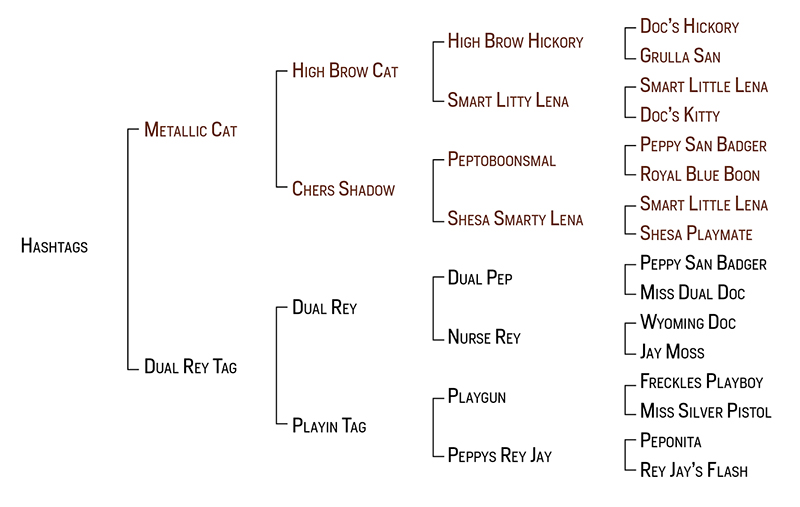 The social media phenomenon of hashtags, or hash marks, are used as labels to identify a topic or subject in cyberspace. The term "hashtag" took on a new form when, on April 15, a 2013 blue roan stallion named Hashtags became the National Cutting Horse Association (NCHA) Super Stakes Open Champion. Hashtags, ridden by Tatum Rice, scored a 220, earning $74,095 and bringing his total earnings to $154,441 for owner Jose Raul Garcia. 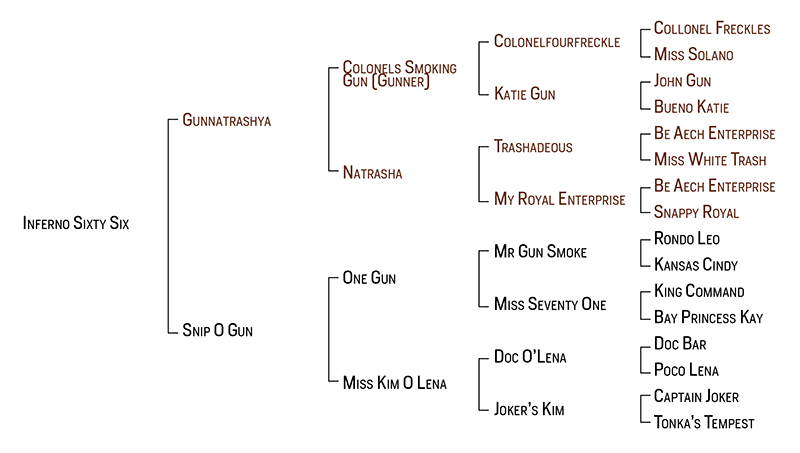 Inferno Sixty Six and Franco Bertolani drew a lot of attention when they tied with Shesouttayourleague in the finals of the 2015 National Reining Horse Association (NRHA) Futurity Level 4 Open. The tie necessitated a runoff, and when the dust settled, they were the Reserve Champions. Since then, Inferno Sixty Six and Bertolani have been multiple aged event finalists, that is, until they scored a 228.5 in the Lucas Oil Derby Level 4 Open at the Cactus Reining Classic. The Championship netted $13,788 for the horse's Italy-based owner, Slide Or Die LLC. Heading into the National Reining Breeders Classic (NRBC), Inferno Sixty Six's total earnings are $185,056.