The late Pat Feuerstein was an editor, writer and a member of the National Reining Horse Association (NRHA) Hall of Fame. The former senior reining editor of Quarter Horse News died Oct. 18.

In recognizing her passing, the NRHA called Pat Feuerstein a “beloved member and longtime supporter of the industry.”

Feuerstein first became involved with NRHA in 1972, competing as a non-pro before she began assisting the East Coast Reiners Association with show administration and more.

As an accomplished writer, Pat served as the feature editor of the NRHA Reiner at the magazine’s launch in 1980. She held that position until 1993 and continued to work closely with NRHA and contribute to the NRHA Reiner for many years.

She also served as senior reining editor for NRHA Corporate Partner Quarter Horse News and was published in several other equine publications throughout her career.

In 2004, Pat was inducted into the NRHA Hall of Fame as a tribute to her many contributions to the sport. Throughout her life, Pat remained dedicated to the reining industry, and her influence will live on in the hearts of all who knew her, the NRHA said. 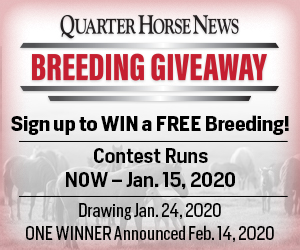