NCHA President Ron Pietrafeso confirmed Thursday that Slaughter’s last day was Friday, Oct. 4. The contact information for Slaughter, who submitted his resignation to leave Dec. 31, was removed from the staff listing on the NCHA’s website early Monday afternoon.

According to Pietrafeso, the NCHA let Slaughter leave so he could pursue other opportunities. He said the NCHA will pay Slaughter for the remainder of his 90-day notice period.

“He had several offers that were pending, Kirk did, and since he had turned in his resignation, he was only fulfilling his obligation by his contract [to] stay for 90 days,” Pietrafeso said. “And so, all we did was say, ‘Hey, you don’t need to do that.'”

Attempts by Quarter Horse News to reach Slaughter were unsuccessful. He did not return voicemails or text messages dating back to Oct. 7.

Slaughter’s exit came as he was already winding down his tenure with the NCHA.

Last month, he announced plans to resign effective Dec. 31, as he planned to continue with the organization until after its annual Futurity. He also said recently that, if the NCHA needed, he was willing to stay longer to help a new leader transition into the role of executive director.

Pietrafeso said the NCHA Executive Committee will focus on finding a new executive director to fill the vacancy rather than appointing an interim to temporarily fill the position. He added that officials consulted with NCHA department heads before deciding on a strategy.

“Without hesitation, 100% of those department heads said, ‘Absolutely not; we don’t need another temporary person. Figure out who is going to be the boss, and we’ll be fine until you do that,'” he said.

The Executive Committee has already interviewed two candidates, according to Pietrafeso, and the group plans to interview two more this month. The goal is to name a replacement for Slaughter before the 2019 NCHA Futurity, he said. 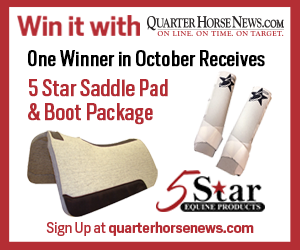