The term “blue hen” refers to a mare that is the foundation of a family of horses that excels not only in the arena, but in the breeding shed as well. The Smart Look is No. 3 on the Equi-Stat Lifetime Cutting Statistics dams chart with offspring earnings of more than $1.6 million. Add in the fact that her grandsons and granddaughters have produced earners in excess of $10 million, and The Smart Look becomes a truly great blue hen. 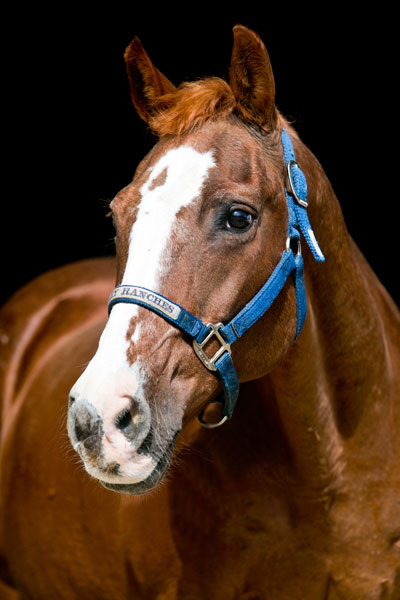 The Smart Look is third-leading all-time dam of cutting money-earners. • Cross B Photography

The Smart Look was bred by the late Bill Freeman and purchased by George Stout. With Stout in the saddle, the mare was an Open finalist in her debut at the 1991 National Cutting Horse Association (NCHA) Futurity. Stout continued to show her through her 4-year-old season, when they made the finals of the NCHA Super Stakes Derby Non-Pro and the NCHA Summer Spectacular Derby Non-Pro. After that, Thomas Wiens bought The Smart Look and they went on the weekend trail, showing in Non-Pro and Amateur classes. The Smart Look retired in 1999 with $48,723 in earnings.

Pedigree of a Blue Hen

The dam of Smart Little Lena is the blue-hen mare Smart Peppy, who has produced horses with combined Equi-Stat records that surpass $1.1 million. In addition to Smart Little Lena, she is the dam of Smart Peppy Doc ($120,537) and Oh How Smart ($119,779). Smart Peppy is by Peppy San (Leo San x Peppy Belle x Pep Up) and out of Royal Smart (Royal King x Moss’ Jackie Tobin x Wardlaw’s Tobin). Moss’ Jackie Tobin is out of Miss Jack Pot XI and by Jackpot.

The Smart Look is out of Dox Royal Smoke, an unshown mare by Freckles Playboy and out of Vickie Smoke, by Smoke 49. Vickie Smoke won $4,301 in her career, and she is out of Miss Victoria, who earned $1,073 in cutting and earned her Register of Merit from the American Quarter Horse Association. Miss Victoria is sired by Poco Soto (by Poco Bueno) and out of Royalena, another unshown daughter of Royal King. The dam of Royalena is Moss Jack Pat (Jack Pot x Moss’ Patches x Jack Pot).

Those daughters, Royal Smart and Royalena, are closely related through their dams, Moss’ Jackie Tobin and Moss’ Patches, respectively. Both of those mares were bred on the Wardlaw Ranch in Del Rio, Texas. They were both registered when owned by Mark Moss, of Llano, Texas, which is why they carry the Moss name in their names.

The significance of Royal King on the modern Western performance horse pedigree is evidenced by the fact that he shows up in the tail female line of a number of prominent mares. Six of the top 15 dams of cutting money-earners trace to Royal King in the tail female line. They are: Royal Blue Boon (No. 1); The Smart Look (No. 3); Autumn Boon (No. 4); Jazabell Quixote (No. 11); Lynx Melody (No. 13) and That Smarts (No. 15). An added note: Smart Peppy, the dam of Smart Little Lena, is No. 19 on the list.

This list of blue-hen mares is one indication of the power of a pedigree built on the blood of Royal King through the tail female line. Upon her death in September 2016, The Smart Look passes into history as one of the great blue-hen mares of all time, leaving behind her a great legacy in the family she built.