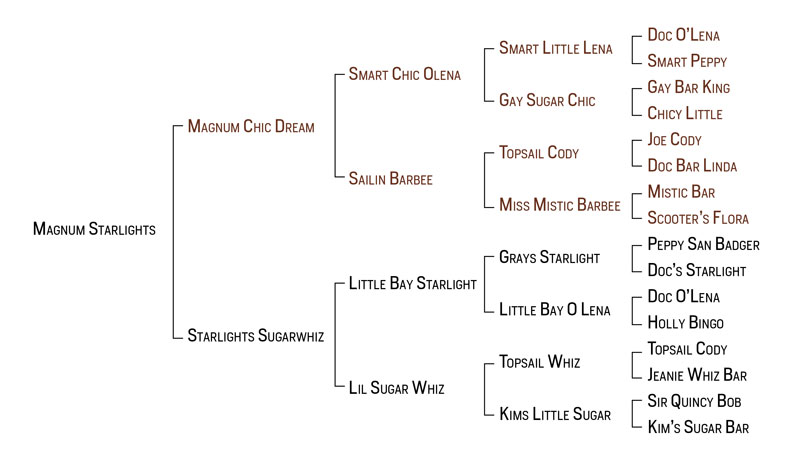 The National Reining Horse Association (NRHA) Derby is one of the great highlights of the summer reining season. This year, the Level 4 Open Champion was Magnum Starlights, a 5-year-old stallion owned by Antler Ridge Ranch LLC. He was nominated by his breeder, George Lawrence, and ridden to the Championship by Equi-Stat Elite $1 Million Rider Casey Deary. A look at his pedigree shows an interesting twist through his sire and some interesting ties to NRHA Hall of Fame stallion Topsail Cody.

Magnum Chic Dream sired both the Level 4 Open and Non-Pro champions at the NRHA Derby. • Photo by John Brasseaux

The dam of Magnum Starlights is Starlights Sugarwhiz ($75,453). She was the 2009 Reining By The Bay Intermediate Open Champion with Deary in the saddle. Her sire is Little Bay Starlight ($20,238), who started his reining career as a 5-year-old with Deary. Little Bay Starlight (Grays Starlight x Little Bay O Lena x Doc O’Lena) went on to earn AQHA Superiors in heading and heeling. He is the sire of a limited number of foals that have Equi-Stat records totaling $168,472, including Rising Starlight, an AQHA World Show Super Horse.

Magnum Chic Dream sired a number of 2016 NRHA Derby finalists in a variety of divisions. He not only sired the Open champion, but also the Non-Pro Champion and a Non-Pro Co-Reserve Champion. This led to a pedigree search, and that presented another interesting situation. 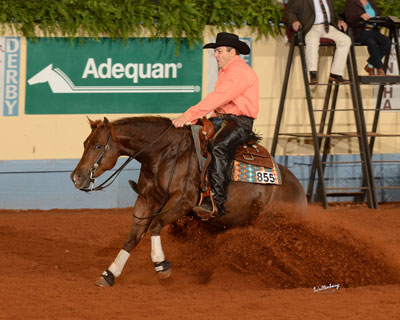 Mega Maggie Mae was the NRHA Derby Level 4 Non-Pro Champion with Dr. Bill Rhoads. This mare is out of Cinco De Mega by Marthas Mega Jac. The dam of Cinco De Mega is Whizard Of Ozwald by Topsail Whiz by Topsail Cody. Thus, there is another 3 X 4 breeding pattern to Topsail Cody. Mega Maggie Mae has earnings of $85,155 and was the Level 4 Non-Pro Reserve Champion and Levels 3, 2 and 1 Champion at the NRHA Futurity.