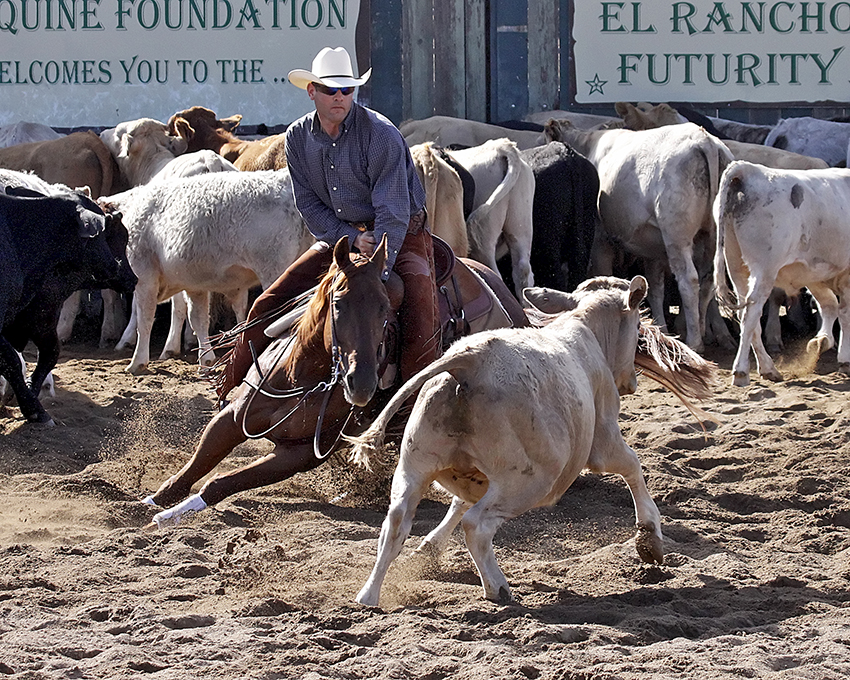 Dont Look Twice and Phil Rapp at the 2009 El Rancho Futurity.One might have thought Dont Look Twice, the 10-year-old daughter of High Brow Cat, would have seen her last days in the arena, but the sorrel mare with the charming nickname of “Lipstick,” for the white marking circling her lips, is proving she’s still got it.

The mare scored a 225 in the first go of the NCHA/Western Bloodstock Showdown in Cowtown Non-Pro for rider Ray Baldwin and Waco Bend Ranch, topping a field of 77 other horses. She is joined in the finals by two other High Brow Cat progeny, That Smarts Cat, owned by Chad and Amie Bushaw, and QB Cat, owned by David and Stacie McDavid, making High Brow Cat the most heavily represented sire in the 14-horse field.

Dont Look Twice is already the highest money-earning mare in history, with $806,394 in earnings, is a World Champion in both NCHA and AQHA competition and a past Horse of the Year. Seven-year-old QB Cat, out of Quintan Blue by Mecom Blue, is the earner of $93,111, while 5-year-old That Smarts Cat, out of That Smarts by Smart Little Lena, has earned $10,353.