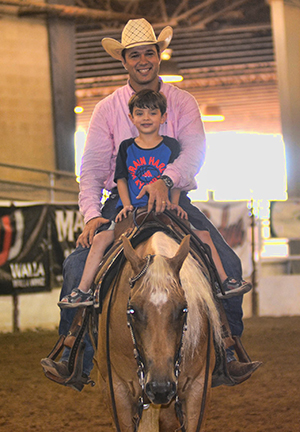 Eduardo Salgado and his son aboard Meradas ShiningThe Tulsa Reining Classic, held Aug. 26-31, at the Expo Square in Tulsa, Okla. had competitors coming from near and far for a chance to win top honors. There were 94 horse-and-rider teams striving to earn the championship in the Hollywoodstinseltown Futurity Open, but draw 50, Meradas Shining and Eduardo Salgado, set the bar highest at 221.5 and took home the title.

In addition to winning the Hollywoodstinseltown Futurity Level 4 Open, the duo also took the top spot in the Levels 3 and 2, winning a total of $22,737. Meradas Shining (Shiners Sonita x Meradas Kitty Rey) is owned by Alberto Casasco, of Buenos Aries, Argentina. The mare traveled to the U.S. from Argentina in February. This was her first show and, according to Salgado, it was a great start for the mare, who is headed to the National Reining Horse Association (NRHA) Futurity in November.

“I always knew she is a really big stopper, but I didn’t feel like she was really ready to go hard on the circles and turns,” said Salgado, whose brother, Fernando, translated for him. “I really tried to be clean and safe. I’m hoping to get better on the turns and circles by November.”

The Futurity Level 4 Open Reserve title was a tie between Late Night Stopper with rider Franco Bertolani, and Xtra Vintage Step with rider Thiago Boechat. Both horse-and-rider teams had a score of 220.5, and each took home $7,981. 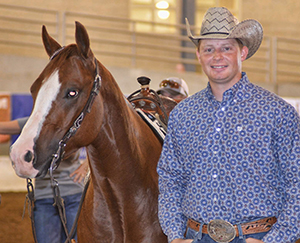 Asmussen, of Maquoketa, Iowa, has owned Lil Light Juice (Smart Like Juice x Lil Light x Grays Starlight) since he was a yearling, and is proud of the colt’s performance at Tulsa. They earned $5,624 for their winning run, and plan on going to the NRHA Futurity, Nov. 28-Dec. 6 in Oklahoma City.

Vazquez and Juice N Shine did not go home empty handed, as they took the Turnabout Farm Futurity Non-Pro Reserve title, as well as $3,423. 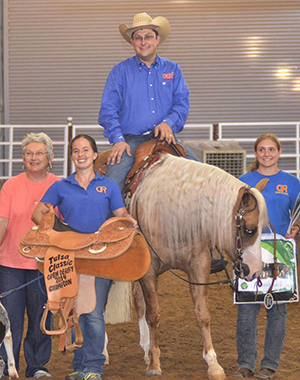 Co-Reserve Champions in Levels 4 and 3 were Footwork Revolution, with Brian Bell, and Spooks Eclipse, with Casey Hinton. They each marked a 223.5 to earn $6,683.

Jack Medows and Spooks Smoken Wimpy put on a good performance and scored a 221 to take the win in the SmartPak Derby Non-Pro. The duo also won Levels 3 and 2, and the Novice Horse Non-Pro Championship, taking home a total of $9,102.

The Reserve Championship in the Derby and Novice Horse Non-Pro went to Jesse Asmussen and Southside Juice. Competing from the last draw, their score of 220.5 earned them a total of $3,505.