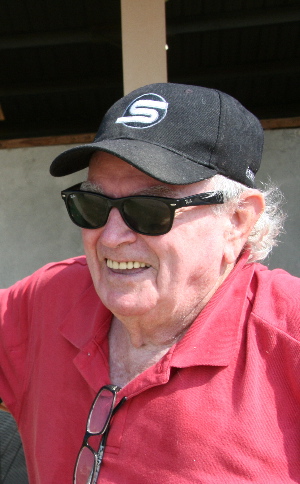 Bob AnthonyOn June 29th, the reining community was saddened to hear of the passing of National Reining Horse Association (NRHA) Hall of Famer Bob Anthony, of Tallahassee, Fla. According to his wife, Jean, after a weeklong hospital stay, Anthony died peacefully while in hospice. His daughter Sharon was at his side.

Anthony’s history with the NRHA goes back to its formation in 1966. At the time he was very successful in the American Quarter Horse Association (AQHA) arena, winning reining and working cow horse championships on great horses such as Sappho Cody, Sapphire Cody, Easter Cody, Paprika Cody and Jay Sugar Bars. Anthony openly encouraged many AQHA enthusiasts to support the then-new NRHA – and they did.

He mentored many young trainers and coached numerous non-pros to the winner’s circle, all while influencing several successful breeding programs including that of Blondys Dude, Jays Sugar Bars, Royal De King and Corona Cody.

Closely associated with Tom Fuller’s Willow Brook Farms, of Catasauqua, Penn., Anthony became known for his role in the successful breeding career of one of reining’s foundation sires – Joe Cody. Fuller and Joe Cody are NRHA Hall of Fame inductees, and Anthony was inducted into the Hall of Fame in 1992.