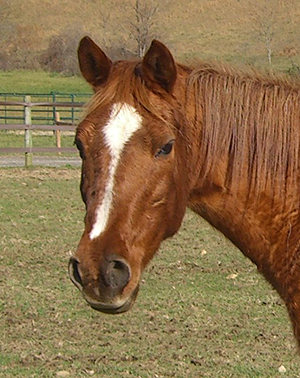 Cutting horse clone Two SocksAttorneys for cloned horse owners Jason Abraham and Gregg Veneklasen and companies owned jointly and separately by them asked the New Orleans-based Fifth U.S. District Court of Appeals to set an oral arguments hearing in a Feb. 27 brief filed with the court.

Attorneys representing the American Quarter Horse Association (AQHA), which lost the original Northern District of Texas case with a July jury verdict followed by an August judge’s ruling compelling it to allow registration of cloned horses, have until mid-March to reply with their appellate court brief. They could also seek an extension. Either way, it is likely the AQHA will file its reply before the month ends, an appellate court clerk said.

Last year, rancher Abraham, of Canadian, Texas, and veterinarian Veneklasen, of Canyon, Texas, sued the AQHA, seeking to register their cloned horses and overturn Rule 227a, which has barred cloned horses from the AQHA registry since 2004. They prevailed in their original case, but whether they and other horse owners can eventually start registering clones and their foals now depends on how the appellate court rules.

A three-judge panel will consider briefs filed by each side, and could either set an oral hearing or rule without setting one. It will depend more on whether members of the judges’ panel want to ask questions than whether either or both sides request the hearing, a clerk said.

If an oral arguments hearing is set, attorneys for each side will present arguments and answer any questions about the case the appellate court judges might have. The same three judges who will rule on the case would be present for the hearing, the clerk added.

While the Fifth District Court of Appeals keeps statistics regarding the frequency of its rulings, there is no way of telling when it will rule on this case. Its decision could be rendered within a couple of months, or “it could be 12 months or more,” the clerk added.

An Amarillo, Texas, federal judge granted a legal motion by the AQHA in late November to halt horse cloning registration requirements she originally ordered until the appellate court rules on its appeal. U.S. Northern District of Texas Judge Mary Lou Robinson granted the motion in an order that also required the association to continue developing new rules to eventually provide for registering cloned Quarter Horses and their offspring.

The AQHA, citing concerns about costly upgrades to its computer system, had asked Robinson to delay the registration requirement while it appeals the Amarillo court’s rulings. In July, Amarillo jurors determined that top AQHA officials violated Texas and federal antitrust laws by conspiring to bar cloned horses from the association’s registry.

Subscribe to Quarter Horse News to keep up with the latest news from the performance horse industry.