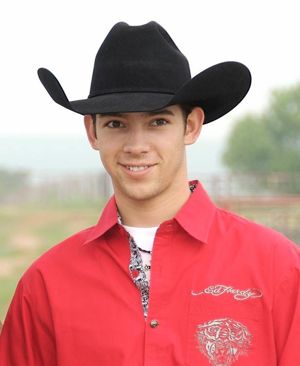 Adan BanuelosThe Tunica Futurity, held Jan. 27-Feb. 3, is enjoying a new venue this year. The show that began in Memphis, Tenn., and moved to Tunica, Miss., in 2005, now calls West Monroe, La., home. To break in the new location in style, Adan Banuelos swept the Open.

Thursday, Jan. 30, saw the first finals of the event – the 5/6-Year-Old Open. With a strong field of competitors, Banuelos and A Spoonful Short, owned by Alicia Akins, secured the win with a 221 from the second draw in the second bunch. That success earned the duo a check for $17,500.

A 220 from earlier in the finals earned Matt Gaines and Reata Cutting Horses’ Card Trick the Reserve Championship and $15,000. Smooth Red Wine carried Clint McDaniel to a 431 composite score in the go-rounds, and while that missed the finals, it was enough to top the 5/6-Year-Old Limited Open.

Banuelos returned the following afternoon to the 4-Year-Old Open finals. Of the 27 horses that accumulated go-round scores of 432 or greater, Banuelos was riding three.

Smart Time Pepto 10, a horse that debuted at the National Cutting Horse Association Futurity and finished as an Open finalist, started the class out strong with an impressive 225 from the third draw. That score would hold strong to win the 4-Year-Old Open Championship by four and one-half points.

G&A Performance Horses’ rising star made $20,000 with Banuelos, who added $27,534 in 4-Year-Old money to his résumé, bringing his event total to $45,034. The other mounts Banuelos rode to the 4-Year-Old finals were Highbrow Time, owned by Marcus Guemaraes, and Squirrely Cat, owned by Jayme Resende.

Lee Francois picked up the Reserve title, worth $16,750, with a 220.5 aboard Jim and Mary Jo Milner’s Cougarace. Francois also tied for fifth in the 4-Year-Old, riding RC Money Maker to a 217 worth $9,787 for owner Richard Carney.

Cullen Chartier picked up a 4-Year-Old Limited Open Championship and $1,176 with Ironn Butterfly, as the duo was the only Limited team to make the finals. Chartier, who owns the horse with his wife, Lauren, marked a 213.5 in the finals to earn an additional $3,134.