“I’m speechless. It hasn’t even sunk in that I won the Stakes, and then to win this too – I have to thank God, every time. Things like this don’t happen without God’s intervention,” she said.

Hays, Nocona, Texas, and the 4-year-old mare she owns in partnership with her father, Walter Greeman, scored a 430 composite (141 herd/143 rein/146 fence). They took home a check for $2,827, a Gist buckle, a custom sheet from Classic Equine, a pair of boots from Rios of Mercedes, and a cooler and gift certificate from Santa Cruz Biotechnologies.

“That might have to be the highlight. She stopped, and she turned around good. She was as good as I could have asked her to be. It’s exciting to take a horse that is a challenge in an event, and then have them good enough to win the go-round in that event,” she said.

Hays schooled Two Kitties in the outdoor arena the night before the rein work, despite cold temperatures and snow.

“We looked like a snowman when we were done, but we actually had a good schooling on her in the snow,” she said.

Next for the winning duo – a trip to the NRCHA Derby in Paso Robles, Calif., in June.

Jennifer Neel had misgivings about traveling to Pueblo for the NRCHA Hackamore Classic. Usually, the 24-year-old Millsap, Texas, competitor goes to shows with her parents – her father, Tom Neel, is a professional trainer, and her mother, Lorna Neel, is an avid non-pro competitor.

“My parents couldn’t come, and this is my first young horse, but she was so good for me. It was amazing!” she said.

With flurries of phone calls back and forth to her parents as she prepared to show, Neel maintained a positive frame of mind as she guided Ze Kit Cat to  the Hackamore Classic Intermediate and Novice Non-Pro Championships and Reserve in the Non-Pro. Neel and the 4-year-old mare scored a 423.5 composite (142 herd/143.5 rein/146 fence). Her combined paychecks, including go-round money, totaled $5,130.

The win was more meaningful because the Neel family raised Ze Kit Cat; the mare, nicknamed “Speedy,” is sired by the Neels’ stallion, Zezes Pepto Cat, who has been a steady performer for both Tom and Jennifer throughout his career.

“It’s really neat to have something we raised do well, to promote our stud. We don’t have a lot of babies on the ground. This is one of the first ones. It means so much more when they’re your own, and you’ve raised and trained them, and it came from something you raised and trained,” Neel said.

Although her parents weren’t with her in Pueblo, Neel wasn’t really alone; she had plenty of help and support from her extended reined cow horse family and her boyfriend, Robert Forst.

“Chris Dawson, Boyd Rice, Brad Lund and Todd Crawford helped me in the herd. Jay McLaughlin helped me a lot this week too. Bill and Janiejill Tointon are like my adopted parents. It’s nice because it’s like a big family with lots of support,” she said. 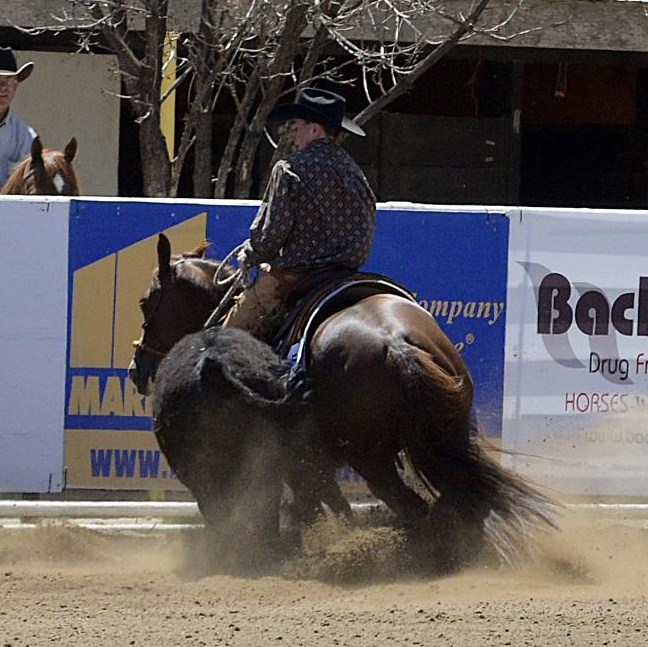 The Hackamore Classic Amateur Champion, 18-year-old Donathon Archuleta, Alamosa, Colo., said the show was “a learning experience.” He guided his 4-year-old mare, Lilrowdyonetime (One Time Pepto x Oaks Rowdycat x High Brow Cat) to a composite score of 413.5 (134 herd/136 rein/143.5 cow) for the win. The Championship came with a check for $1,012, a Gist buckle from the NRCHA, and a custom sheet from Classic Equine.

“The easiest part this time was the fence work. We went in clean, and we came out clean. we tried to be our best,” Archuleta said.

He has ridden Lilrowdyonetime since she was two, and showed her last year at the NRCHA Snaffle Bit Futurity. Archuleta rides under the guidance of professional horseman Blue Allen. Besides the expected challenges of training a young reined cow horse, Archuleta said he is constantly working to improve his own mental approach to competition.

Archuleta graduates from high school later this month, and plans to attend Adams College in Alamosa. His goal is to pursue a career as a large animal veterinarian while continuing to show Lilrowdyonetime in NRCHA non-pro competition.

“I want to try to finish out her derby years, try to be better than I was at the beginning, and maybe ride her to some titles and some more money,” Archuleta said.

Kaylin Wheeler turned 15 on Wednesday, May 1, the day she showed TR Pepto Mist in the Hackamore Classic herd work. The Baker, Mont., high school freshman’s birthday gift to herself was winning the Non-Pro Limited division Championship at her first major NRCHA event!

She guided TR Pepto Mist (TR Dual Rey x Mists Prima Donna) mare owned by her stepfather, Dan Weiss, to scores of 138 in the herd work, 136.5 in the rein work and 141 in the cow work. The total 415.5 composite was good for a $1,296 paycheck, a Gist buckle and a custom sheet from Classic Equine.

“The easiest part for me was the reining. She’s pretty good at the reining. The hardest part would probably be boxing. I’m not really aggressive. I was nervous that that maybe we’d lose the cow,” Wheeler said.

She had only ridden TR Pepto Mist for a couple of months prior to showing in Pueblo. She usually rides with Montana professional Tim Unzicker, but since he wasn’t at the Hackamore Classic, Matt Koch and Zane Davis coached Wheeler through her runs.

The young rider started riding cow horses about two years ago, and before that, she competed in 4-H and rode extensively outside on her family’s ranch. Wheeler plans to continue showing TR Pepto Mist in reined cow horse, possibly in the Youth division.