The Four Sixes Ranch/National Cutting Horse Association Western Nationals finished the last round of finals May 8 with the Non-Pro and $15,000 Novice/Non-Pro.

As the fourth to go in the second of two herds of the Non-Pro finals, David Booth was bound to do well aboard Cat N Charm. In the first go, the duo marked a 217.5 to tie for third. In the Non-Pro finals, they made a solid run to mark a 216.5. Seven horses later, they became the Non-Pro Champions.

Sharing the Reserve Championship and a score of 215 was Theresa Gillock with Gunna Getcha, and Holly Jones with BNL Lucky Duck.

The $15,000 Novice/Non-Pro proved to be a victorious event for two riders. Sharing the score of 216.5 and a Co-Championship was Sandy Haskins with My Little Moo Chacha, and Jann Parker with Smart N Promising. The Reserve Championship went to C H Dehaan and Smart Little Wood.

Kimberly Thome rode into the $5,000 Novice Non-Pro finals aboard TF Cee Dee Stars. The duo made an exciting run to mark a 222, and 10 horses later, the score was solid. Along with their Championship, the pair earned a check for more than $5,000. Thome also rode Ichin Ta Dual in the finals, and marked a 216 to place third an earn an additional check for more than $2,000.

The Reserve Championship in the $5,000 Novice/Non-Pro went to Jeff Barnes and Spookys Cat Deville. The duo marked a 217 to earn a check for more than $4,000.

Dedee McWhorter, Fortuna, Calif., rode into the pen aboard Peps Smart Twist in the $50,000 Amateur finals and marked a solid 218. With 24 horses to go, it was uncertain whether or not the score would hold. But as each team cut their cows, not one surpassed McWhorter’s score, and when the last horse left the pen, that 218 was locked in on the scoreboard, and McWhorter earned the Championship. Their win also came with a check for neary $6,000.

Sharing the Reserve Championship and a score of 216 is Alexa Dahl with Rita Wood, and Roxy Kinnaman with Dual Lena Bars. Both riders earned a check for over $4,000.

As the last team to go in the 28-horse finals, 20-year-old Galt, Calif., rider Ryan Denier rode Smart Sugar Freckles to mark a 219.5 to win the $35,000 Non-Pro along with more than $6,000 in prize money. It was a great comeback from their first-go run, where they marked a 216.5 to finish fourth. Denier said he’s only been out of the youth events for two years, and that this was his first time showing in the $35,000 Non-Pro.

The Reserve Championship went to Tara Folsom, McArthur, Calif., and Smart N Good Lookin. The duo marked a 218 for the title, which earned them a check for nearly $5,000. 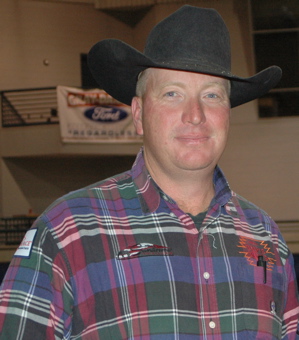 NRR Cat King Cole and Barton, an NCHA Hall of Fame member and Equi-Stat Elite $2 million cutting rider from Pierre, S.D., were the first to cut during the Open finals. The duo rode to a 225 for the Championship and earned a check worth $6,094. The 2007 stallion (High Brow Cat x Uno Del Rey x Smart Little Uno), owned and bred by North Ridge Ranch Inc., also of Pierre, now has an Equi-Stat record of more than $54,000. NRR Cat King Cole and Barton qualified to the finals by tying for seventh in the first go with a 216.5.

For the second year in a row, Pedro Ornelas, Aledo, Texas, won the $2,000 Limited Rider aboard Rouge Blues, owned by Connie and Richard Bertel, Fort Worth, Texas, and bred by Jan Newman, Rosedale, La. This year, Ornelas and the 2007 stallion (Peptoboonsmal x Lena Crocker x Smart Little Lena) were the 10th team to cut in the 25-horse finals. Their score of 222 bested last year’s score by 1 1/2 points and earned a check for more than $4,000.

The Reserve in the $2,000 Limited Rider went to Canadian Hayley Butz and Smart Pepper Cat (WR This Cats Smart x Olena Pep x Peppy San Badger) with a 220. The 2006 mare is owned by Bob Butz, also of Canada, and bred by Black/Stent Partnership, Oakdale, Calif.

The Four Sixes Ranch/National Cutting Horse Association (NCHA) Western National Championships is going strong, and on May 1, the Reno-Sparks Livestock Event Center kicked off its first finals with the $10,000 Novice.

Subscribe to Quarter Horse News for complete coverage of this event coming up in the June 15 issue.